Titleist has almost destroyed the outdated myth that Titleist equipment is only for professionals. We’ve done review of both Titleist 917 Drivers D2 and D3 models to help you choose the right one for your game.

Pros: Adding CG adjustability by Titleist gives golfers more control over their swing’s draw and fade. They have a more natural sound and feel compared to 915 driver. Shafts from a reputable aftermarket supplier are provided at no additional cost.

Cons: The initial launch does not include a forward-CG model like the Titleist 915 Driver D4. Experienced, high-spin players may find it difficult to reduce their spin rates to an optimal level.

Because of their increased adjustability, the 917 drivers are aimed at more serious golfers, but their balanced designs will work for most golfers.

As soon as you hit the Titleist 917 D2 and D3 drivers, you will notice a significant improvement in feel, as well as an entirely different sound from previous models.

Like the 915 in feel, the 917 has a firm, responsive, and soft feel off the face, but it has a more lively feel. It has a fantastic feel, and it is surprising how well it maintains a consistent feel across the face.

The sound is the sound of a revolution. Many Tour players were dissatisfied with the sound of the 915, which is characterized by its relatively high pitch. Therefore, Titleist fine-tuned its new big stick to ensure that the dynamics were in sync, and they accomplished this feat admirably. Compared to other pings, the pitch is significantly lower, and the sound has a considerably fuller, more robust sound.

Titleist looked at the frequency and a “loudness factor” target, which considers both the volume and the length of the sound. With an understanding of what the typical golfer and Tour pro are looking for in a driver, Titleist developed a driver that would appeal to a wide range of golfers.

This release has more improvements to the driver’s setup options. Not only does it have the traditional 16 SureFit hosel settings that have become commonplace in previous Titleist drivers, but the SureFit CG tubular weight allows golfers to adjust draw and fade settings on the club. A complete set of SureFit weights can be purchased from Titleist.

Weight transfer capability is a feature that sets both of these drivers apart from many competitors. Golfers have a wide variety of alternatives with 8-gram, 10-gram, and 12-gram weights. This allows the weight of the club to be shifted from the back of the club (as well as the heel of the club) to the front (and vice versa) (as well as the toe). When it comes to golf, having the ability to quickly turn your slice into a playa fade or convert your hook into an oblique draw can mean the difference between putting for a birdie and trying to save a bogey. 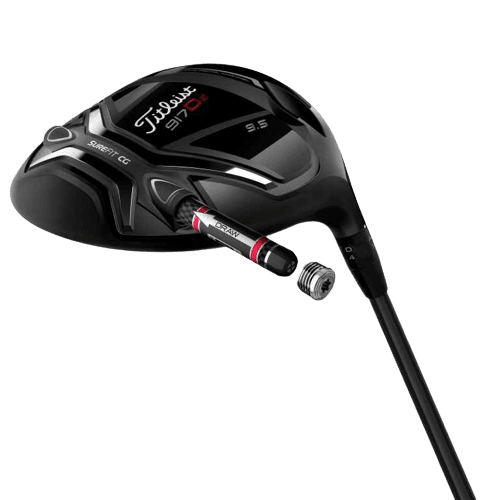 Ball speeds on off-center shots are increased thanks to the brand’s Radial Speed Face 2.0, which works in conjunction with ARC to improve ball speeds. This is accomplished through the use of a dense center mass that becomes thinner as you travel out from the sweet spot. This is most effective when you strike the ball from the heel or toe of the club, while the ARC 2.0 assists you with strokes struck high or low in the face.

In general, the heads of the drivers, particularly the D2, are designed to have a high MOI (moment of inertia) in order to provide as much assistance as possible on such off-centre hits as possible.

What’s even more surprising is that even when you are much off the sweet spot, you are only losing between 10 and 30 yards at a time, and the spin rates remained very consistent.

There is a minor increase in distance from the smaller D3 head, up to a total of five yards in distance gained. However, there is a significant increase in forgiveness, with the D2 providing more assistance.

Because of the extensive adjustability offered by the 917 drivers, golfers can find the driver that is most appropriate for their game.

A weight is pushed into the back of the skull at an angle, which can be neutral, draw, or fade bias depending on the style of music. By adjusting the weights, the center of gravity (CG) of the clubhead can be shifted from front to back or from heel to toe, hence altering the total swing weight of the club.

The D3’s smaller head shape allows managing the ball a little more effectively than with the D2.

It also has a naturally occurring draw bias built into it, which will benefit players who prefer to lose it on the right side of the table, typically higher handicap players.

As all knowledgeable golfers know, aligning your shaft, head, and swing is critical to realizing your full potential. There are four stock shafts available, one more than the number of shafts available with the 915.

Shafts differ in feel and performance, even when they have the same flex and weight, so players should experiment with various shafts before settling on the ideal one for them. 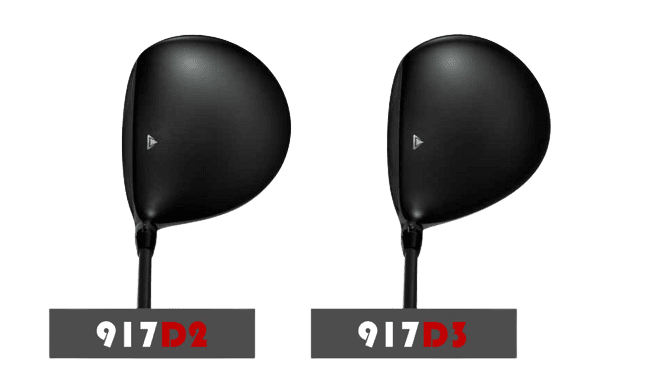 The shape is slightly boxier at the heel and toe ends of the club and closer to the face. Despite this, it retains a traditional head shape that looks fantastic when seated behind the ball. It should instill confidence in the reader. The underside of the club is a reflection of the Titleist brand; it is forward-thinking while remaining classy.

When you flip the club over, you can see that it contains a lot of technology. Still, it doesn’t have a cluttered or overbearing appearance, which is a trap that some other brands fall into when developing their driver technology.

The 460cc D2 and 440cc D3 are incredibly similar in shape and appearance, and they look the same. The D3 appears to be a slightly shrunken version of the D2, albeit slightly shrunken. The D3 has a deeper face than the D2. 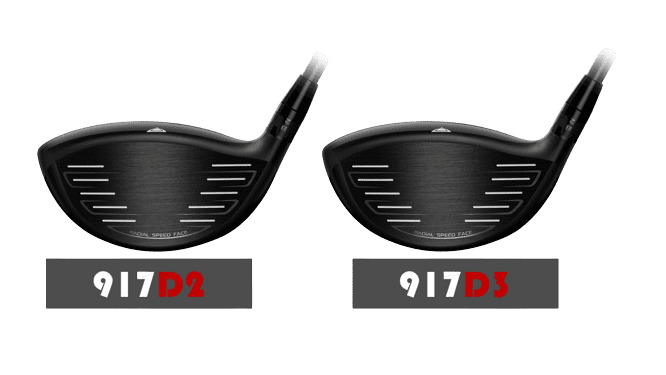 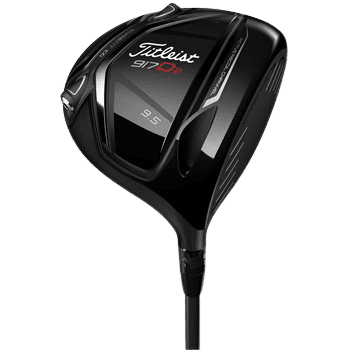 ✅ The Active Recoil Channel 2.0 was significantly improved in order to increase ball speeds

❌ The driver generates a high rate of spin, which may reduce the distance for some players.

❌ Some players find the huge head size unappealing to the eye. But that’s a matter of taste.

D2 drivers can give an additional one or two miles per hour in ball speed, and they can continue to deliver high speeds even when the ball is struck off-center. This is one of the more long-term drivers. It is generally more steep than prior Titleist models, such as the 915, and similar to many other drivers.

In terms of forgiveness, this is the most forgiving driver that Titleist has ever produced. According to the manufacturer, the Radial Speed Face 2.0 indicates that the club has a varied thickness in eight separate locations of the club lace and a sleeker, more aerodynamic design than the maker’s predecessors. This means that golfers will obtain playability and forgiveness in each of the areas mentioned above. This will aid in tightening shot dispersion and maximizing the distance of off-center impacts, among other things. 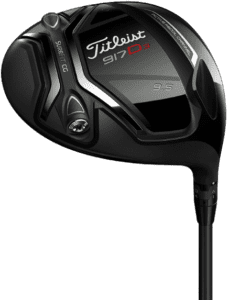 ✅ It has a smaller head (440 cc) and is shaped in the traditional pear fashion, which many golfers find appealing

✅ It is equipped with the SureFit CG weight system, which lets players make modifications to balance a hook or slice when necessary

✅ This product has a gentle feel and a quiet sound

✅ A wide variety of high-quality shaft alternatives are available

❌ There is less forgiveness than with some other drivers

When it comes to the head, the D3 has a classic appearance and excellent workability (fades, draws, high shots, low shots). Many golfers (including some who are extremely good) have reported faster ball speeds and increased forgiveness while using the D3. Golfers with lower handicaps, particularly those with a high spin rate and a higher than average launch angle, will find the D3 to be an exceptionally attractive choice.

The club produces distance that is on par with any of the top and most popular drivers available on the market at writing. However, although the launch angle and spin rate are low, the ball speed numbers are outstanding.

This club, which belongs to the 440cc Driver category, produces a repeating, consistent ball flight and provides golfers with good forgiveness on off-center hits. With the weights in the radial sole of the 917 D3 drivers, a golfer can fine-tune the driver’s performance to help their golf ball land in the fairway on a more consistent basis.

The workability of this club is one of its most notable characteristics, and it is what distinguishes it from so many other drivers that appear to produce a single shot shape and flight. The ability to adjust the weight of the club improves its usability and is an additional bonus feature. It should appeal to better golfers who place a high value on putting the ball in play.

When players are looking for a driver that has a classic shape, sound, and feel, the D3 can be a perfect option to consider. A good reason this golf club can be found in the bags of players on every major professional tour in the world is that it is highly durable. 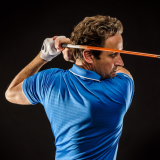 James McMillan is an experienced golfer, providing the most detailed and trustworthy reviews of the best golf equipment and the latest innovations in the golf industry. James' primary goal is to help readers find reliable and trusted information about golf products, which includes both buying tips and the best deals on the market.
James is 46 years old, has been playing golf for 23 years and has a handicap of 10.

This site uses Akismet to reduce spam. Learn how your comment data is processed.

As an Amazon Associate we earn from qualifying purchases. This doesn’t affect which products are included in our reviews. All of the products we highlight are recommended for their quality, performance and overall reputation.